The Metropolitan Opera National Council Auditions program began in Minneapolis, St.Paul in 1954. The auditions are organized and produced by a network of over 1,500 volunteers in the 28 districts, which are grouped into 10 regions. The Rocky Mountain Region, established in 1958, includes the Colorado-Wyoming District, the Utah District and the Arizona District. The auditions are a nationwide competition beginning at the district level and culminating in the National Council Grand Finals Concert at The Metropolitan Opera House in New York City. Applicants may choose to enter any District audition across the country regardless of whether they are a resident of the area.

The National Council Auditions Semi-Finals and Grand Finals Concert take place at The Metropolitan Opera House during the spring season. At that time, the first place winners of the thirteen Regions are brought to New York for musical preparation under the guidance of The Metropolitan Opera’s Music Staff. They then audition with piano on The Metropolitan Opera stage before members of The Met Artistic Staff at the National Semi-Finals. Those not selected as National Finalists will receive a cash award of $1,500. All National Finalists will remain in residence at The Met for another week and continue to coach with The Met’s Music Staff in preparation for the Grand Finals Concert with The MET Orchestra. During this final audition they will compete before a public audience and a distinguished panel of judges for awards in the amount of $20,000. Finalists not chosen as Winners will receive $5,000. All travel and housing for participants at the national level is paid for and arranged by The Metropolitan Opera National Council. In addition, National participants will be given a per diem of $50 for each day they are in New York.

The purpose of the Metropolitan Opera National Council Auditions program is:

2. To provide a venue for young opera singers across North America at all levels of development, to be heard by a representative of the Metropolitan Opera and to assist those with the greatest potential for operatic careers.

3. To search for new talent for the Metropolitan Opera and its Lindemann Young Artist Development Program. 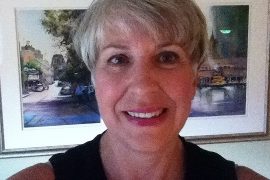 Karen Bruggenthies attended Michigan State University majoring in metallurgical engineering/English. She has spent the last twenty years of her professional career in the steel pipe industry where she serves in the capacity of Denver Branch Manager for Kelly Pipe Company, one of the largest distributors of carbon steel pipe in the United States. Outside of the office Karen is an active member of the Metropolitan Opera National Council Rocky Mountain Region and the Denver Lyric Opera Guild. 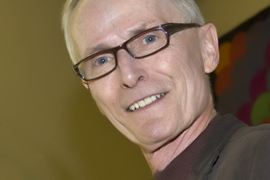 Steve holds an A.B. from the University of Illinois in physics and an M.D. and Ph.D. from Northwestern University Medical School. He is retired and currently on the board of Rocky Ridge Music Center outside Estes Park, Colorado, and past-president of the Board of the St. Martin’s Chamber Choir. He is a member of the Opera Colorado Education and Outreach Committee and serves as its liaison to the Young Artist Program. He also volunteers at Eldorado Canyon State Park. Steve has two sons and four grandchildren. 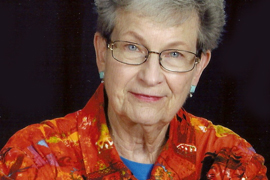 Mary Ann Ross has served as Regional Auditions Chair since 2000. A retired Denver Public Schools Spanish teacher, she became involved with the MONC through her friendship with longtime Regional Auditions Chair Lucille Gray. Mary Ann has had a lifelong love of music and became interested in opera through annual visits to the Santa Fe Opera. She particularly enjoys working with the young singers who participate in the auditions.

Lynn graduated from the University of Northern Colorado with a Master’s Degree in Music Education followed by an Orff certification. She taught Elementary Music for 33 years. She has been a member of the Colorado Chorale, directed first by Dr. Daniel Grace and currently Dr. Frank Eychaner, since 1974 having the opportunity to do solo work with the group. After retiring Lynn became a member of the Denver Lyric Opera Guild which supports aspiring young opera singers by awarding scholarships to higher education institutions and sponsoring a competition for Colorado singers. After several positions on the Guild board she was President in 2009-10. For the past 7 years she has been on the board of the Young Musician’s Foundation which also financially supports 12 instrumentalists who plan on becoming professional musicians. Every two years auditions are held to determine the roster members. She was in charge of the audition process for the last two cycles. YMF sponsors three showcases concerts each year to give the roster members an opportunity to perform and this year will be a part of the concert series at the Littleton Methodist Church. 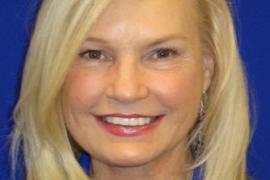 Barbara is a skillful program manager working in the field of technical engineering. Over the last decade she’s become a foremost practitioner in deployment of international satellite gateways, helping to provide ubiquitous high speed internet broadband service in the US and Canada. Having led in the deployment of dozens of communication gateways and core node data processing centers on multiple KA band satellites, she’s most recently led the install of expanded operations on the highest-capacity satellite in the world, ViaSat-1. Her work continues in support of next-generation communication satellites, set to launch over the next three years, which will provide state-of-the-art satellite broadband networks in Australia and North America. Barbara also has great passion for music and the arts. When home in Denver, she devotes her time to numerous volunteer organizations including the Metropolitan Opera National Council Auditions Rocky Mountain Region where she serves as our Secretary/Treasurer. 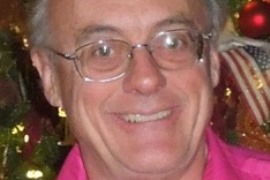 Chris Mohr fell in love with Wagner music dramas at the age of twelve and composed a Mass at the same age. At the age of 17 he completed a fully orchestrated oratorio, then a Bach-style cantata for his wedding to Karen in 1983. Chris hosted an opera program on the old commercial KVOD Radio every Sunday evening for fifteen years. His music drama, From the Realm of the Shadow, was recorded with the National Symphony and Choir of Ukraine in 1997, released on Naxos Records in 2001, and received its first live New York performance at the Riverside Church Theatre in May of 2013. Chris was on the board and chaired the long-range planning committee at the Denver Lyric Opera Guild, as well as implementing their Outreach Program. For the Laffont Competition, he and his wife Karen create the newsletter and work on development/fundraising for the organization. Chris and Karen have attended over 400 live operas together and almost never miss a Met HD performance!