Where Great Opera Singers Are Discovered! 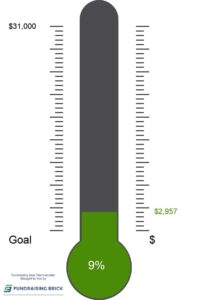 The Met Opera Auditions continued “virtually”  throughout the 2020n pandemic, even as the Met itself was forced to cancel all of its productions. Thanks to you and other Auditions supporters, we met our $16,000 goal in that season’s Drive! You helped bring us to the top. We finished the 2022 Auditions last winter. The CO/WY District Competition was held in Denver Saturday, January 22. On Saturday, February 12, we hosted the Rocky Mountain Regional Finals with a limited live audience or Livestream. We flew out judges, rented out the Calvary Baptist Church, and generally were busy covering all the expenses of a traditional round of auditions. Metropolitan Opera National Council Executive Director Melissa Wegner worked closely with us to get all the pieces in place again. This past year, our expenses added up to $26,000, similar to previous years. And that’s where you come in! We got to a little over $20,000 last year, bringing us to within $5000 of our goal, and well above the previous year’s $16,000. Our new goal is $26,000 for our annual expenses plus $5000 to catch up with last year ($31,000 total). We are off to a good start this season with $2957 so far. Your involvement will help singers advance their careers!

Here are the winners from our Met Opera Grand National Finals Competition!! 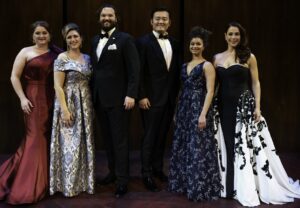 Two Rocky Mountain Region first-prize winners — Mary Hoskins and Daniel O’Hearn —  from our February 21 Auditions moved on to the National Semifinals in New York in late April, and Daniel went on to compete in the Grand National Finals May 1 with the Met Opera Orchestra backing him up!

Here are the winners of the Grand National Finals on May 1:

You Make This Competition Possible!

The Metropolitan Opera Laffont Competition is designed to discover promising young opera singers and assist in the development of their careers. Many of today’s opera stars got their start in this Competition, including Renee Fleming, Stephanie Blythe, Eric Owens, Lisette Oropesa, Michael Fabiano and Ryan Speedo Green.

Donations to our organization provide prize monies for award winners and support the costs incurred in hosting both the Colorado-Wyoming District and Rocky Mountain Region rounds of the Competition. It is important to note that even though the Colorado-Wyoming District and Rocky Mountain Region are officially sanctioned by The Metropolitan Opera and feed the national competition finals, we do not receive any funding from the national office. All funds needed for the Colorado based competitions must be raised locally through the generous donations of individual opera lovers like you. Our annual membership drive is now in progress. The bulk of the funds used to support the Colorado-Wyoming District and Rocky Mountain Region Competition are raised through this drive. For existing members, we would ask you to please renew your current membership or, if possible, consider moving your membership to a higher level. For new visitors to this site, we would love to add you to our membership roster. Your financial support is what makes this amazing opportunity possible for these talented young opera singers.

The CO/WY District Competition was held in Denver Saturday, January 22. On Saturday, February 12, we hosted the Rocky Mountain Regional Finals with a limited live audience or Livestream. We flew out judges, rented out the Calvary Baptist Church, and generally were busy covering all the expenses of a traditional round of auditions. Metropolitan Opera National Council Executive Director Melissa Wegner worked closely with us to get all the pieces in place. This year, our expenses (including prize money for both the District and Region) added up to $26,000, similar to previous years. And that’s where you come in! Last year we got to a little over $20,000, bringing us to within $5000 of our goal, and well above 2021’s $16,000. Your involvement will help singers during this challenging year and advance their careers. Renew your membership today!

If you are not yet on our email list and wish be added to our subscriber list, please email us at bruggenthies@comcast.net.

This year, your support is needed more than ever. Please consider increasing your donation to MONC. Our operating expenses will be higher than last year’s to cover the costs of a truly live set of Auditions, including in singer awards, judges’ flight and other expenses, rental of the Calvary Baptist Church, and more. Because we missed live auditions last year, we were not able to make live “asks” for donations during the Auditons themselves. Please go to our donations page on our website to donate securely online or by mail or phone.

If you are not yet on our email list and wish be added to our subscriber list, please email us at bruggenthies@comcast.net.

The Metropolitan Opera in New York must abide by the protocols established by New York City and require us to do the same in our region. New York’s protocols have been relaxed, as have the protocols in Denver and Colorado. Unless that situation changes, we will not be requiring masking or proof of vaccination for our 2023 District and Regional Competitions.

*Please note that due to the on-going pandemic, for the safety of our performers, volunteers, and guests, it may become necessary to cancel or limit audience attendance. Please check our website here for any changes at http://metoperaauditionsrockies.org. 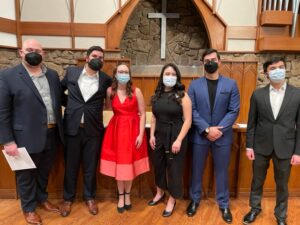 You may discover the next Renee Fleming at the Laffont Competitions! The program was born in Minneapolis/St.Paul in 1954. The opera auditions are made possible by over 1500 dedicated volunteers in 28 U.S. opera districts and Mexico, which are grouped into 10 regions. Your Rocky Mountain Region has been looking for great voices to sing at the Met since 1958, in the Colorado-Wyoming District, the Utah District and the Arizona District. The Rocky Mountain Regional Finals are now held at Calvary Baptist Church. The Met Opera Auditions are a nationwide competition beginning at the district level and culminating in the exciting National Council Grand Finals Concert at the Metropolitan Opera House in New York City.

The winners from the 12 opera regions represent their region at the National Semi-Finals in New York; at this opera audition they present two arias on the Metropolitan Opera stage accompanied by piano. Approximately ten of these opera singers are selected as National Finalists and compete in the National Grand Finals Concert, which is held one week later. The National Grand Finalists’ opera program consists of two arias each on the stage of The Metropolitan Opera accompanied by the Met Opera Orchestra in concert. Up to five equal winners will be chosen and awarded $25,000 each. The remaining opera singer finalists will receive $10,000 each. National Semi-Finalists not advancing to the Finals each receive $1,500.

Here is more information direct from the Metropolitan Opera. As you can see, they continue to work very hard to make the Auditions happen to ensure a future for opera in America. This is what your donation is supporting in this challenging time!

Recently, the Met Opera had a feedback webinar for the singers who did not qualify for the District rounds. Melissa was joined by singer and mental health counselor Beth Clayton, who is also one of their MONC judges. We discussed feedback from the video auditions and strategies for handling disappointment, objective self-assessment, and moving forward with goals. Here’s a profile that Opera News ran on Beth in the September 2020 issue: https://www.operanews.com/Opera_News_Magazine/2020/9/Features/Sound_Advocate.html Finalist tenor Daniel O’Hearn is currently a Resident Artist at Pittsburg Opera where he will be performing the roles of both Don Basilio and Don Curzio in Mozart’s Le Nozze de Figaro, Lurcanio in Handel’s Ariodante and Ruiz in Verdi’s Il Trovatore.

This winter Daniel is thrilled to be making his Met debut in their holiday production of The Magic Flute, where he will be covering the role of the First Armored Man.

In May of 2023 Mr. O’Hearn will make his role debut as the Duke of Mantua in Verdi’s Rigoletto at Vashon Opera in Vashon, WA.

Mr. O’Hearn spent two summers (2020 and 2022) as an apprentice artist at Santa Fe Opera where many of you may have seen him in roles in productions such as Carmen, Tristan and Isolde, A Midsummer’s Night Dream, Eugene Onegin, Die Fledermaus and Hamlet. He also sang in the chorus.

He was also a Resident Artist for Utah Opera for two seasons (2021, 2022) where his roles included Bill in Dove’s Flight, Spoletta in Puccini’s Tosca, and Peter Grey in Horovitz’s Gentleman’s Island. While in Utah, Daniel also performed with the Utah Symphony in Handel’s Messiah and Stravinsky’s Pulcinella.

in Recital for Free on his Facebook Live Page!

On March 1 of 2020, Steve Dilts, Ellie Caulkins, Chris Mohr and Karen Mohr were part of the audience at the Grand National Finals of the MONC auditions, one of the last events at the Met before the opera house had to close down during the pandemic. The concert was the culmination of months of district and regional auditions across North America, and ended with the announcement of the national winners on the Met stage. We were thrilled when we heard our Rocky Mountain Regional finalist, tenor Jonah Hoskins, named as one of the five winners. Today, as all our lives have been upended in so many ways, that experience seems like another lifetime. Still, in one form or another, music goes on. As Jonah’s and our gift to you, we want to offer you his free online recital.

In an interview with Jonah which appears in the current auditions newsletter, he told us how disappointing it was that he didn’t have a live audience for his senior recital, but that it is streamed on his FaceBook page. We have heard Jonah sing some incredible opera highlights in his Met Auditions, and now you can see what an excellent interpreter of art song he is as well. Jonah would love for you to see his performance here.

Utah: Saturday, November 12 from approximately 11:00am to 4:00pm in Libby Gardner Concert Hall on the campus of the University of Utah in Salt Lake City, UT

Several people and organizations have sponsored prizes at both the CO/WY District and Rocky Mountain Region levels.

We call these “Named Prizes,” such as the $2000 Spencer Foundation Award and the Arthur and Miriam Bender Memorial Award. These can be for a wide range of amounts, as little as $150.

We would like you to consider honoring a loved one or having your organization sponsor one of our many prizes for the 2023 Met Competition! If you wish to honor a loved one who loved opera, this is a way to enshrine their names and memories in a way that will help ensure the future of opera in America.

If you want the world to know that your organization supports young and talented singers, this is a beautiful way to do that. Here are the prizes awarded each year, many of which are still available for your sponsorship:

Actual prizes awarded may vary from these amounts, depending on how the judges award them.

Thank you to our Sponsors!